Warmer in the Winter is a roleplaying game where the players recreate the general tone of heartwarming Christmas and Holiday romance movies such as those often seen on the Hallmark or Lifetime networks. It also works well for light hearted dramadeys such as The Good Witch or Gilmore Girls.

Additionally, we’re playing around a bit with some ideas inspired by Kids on Bikes by Jonathan Gilmour and Doug Levandowski.

This game is a work in progress that I’m frantically trying to kick out the door before Christmas. It’s pretty rough around the edges, but I think there are some fun stories to be told with it. I look forward to refining this in future.

Finally, I’d love to give a huge thanks to my wife, Kristen, whose love of Christmas movies knows no bounds and did a lot of work helping me nail down the roles as well as Zachary Gourley and Evan Perlman for helping me work out some of the altered terminology.

Warmer in the Winter TEST.pdf 1 MB

Warmer In The Winter is a Powered By The Apocalypse Hallmark holiday romance trpg.

It's 18 pages, with a bare-feeling but well organized layout and a couple of appropriate pieces of photo art.

Mechanically, Warmer is based off of Monsterhearts, so you'll see familiar stuff like rolling 2d6 to activate Moves, gaining strings on people, and gaining exp by failing rolls. Or---if you haven't played Monterhearts---you'll hit the ground running. There isn't much preamble to Warmer, just a quick overview and then the mechanics start.

The rules are careful to set expectations, and the mechanics reinforce this, so you'll know going in that there isn't likely to be much physical combat in a game of Warmer. However, you'll also know that emotional hurt is just as dangerous, and PCs *can* get taken out of the picture if they accumulate enough of it. It also heals very slowly, at a max of 1 hurt per session, lending a real weight to any emotional showdowns that occur.

Warmer has a surprising feeling of intensity to its stakes, and it reinforces this with its Dangers and Bigger Pictures mechanics. Dangers are bad outcomes that will occur if no one specifically acts to prevent them, and they can group together into Bigger Pictures. Both of these elements add a clear threat to the story, and they help to keep the players pointed towards their objectives.

Character-creation-wise, ten playbooks come with the game, and they're all extremely charming and genre-appropriate. They're also relatively open to interpretation. The Youngster, for example, might just be someone who's young at heart. The Elder might just be an expert.

Overall, Warmer In Winter is a great Monsterhearts variation, and it's also a great game in its own right. It fully inhabits its genre, but it gives groups a *lot* of room to tell stories within that genre. Your Hallmark movie might be about an avid blogger saving their family ski lodge from the cold, uncaring corporation that wants the land, or it might be about Santa Clause's literal daughter leaving her high-paid executive job in New York and falling for a reindeer rancher.

If either of those things sounds like your cup of tea, I would strongly recommend picking it up.

-Page 4, Take Off, "you accidentally leave forget something" remove leave

-Page 4, Give A Gift, this feels a little more like it's Give Encouragement, as it's a buffing move. Or at least I think it is. It says to 'add 2 to their roll,' but it isn't specific if this is a Forward or if it's meant to be used in conjunction with another roll.

-Page 17, Someone To Emulate, "gain a hearstring" 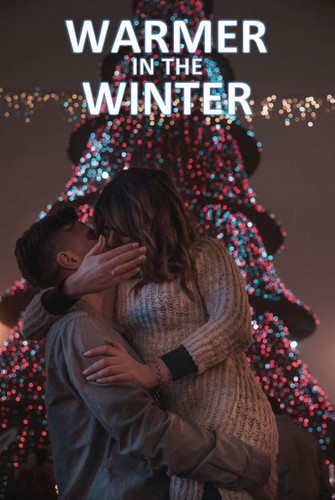