The Collapse is a solo GM-less journaling game in which you will document the descent of one such society into complete breakdown. But is all hope lost? Perhaps the path to self-destruction can still be avoided. You will most likely fail, but success is not impossible.

Based on the phenomenal Wretched & Alone system, The Collapse lets you model and explore the fall of a wide variety of societies from internet fandoms and hobby groups, to monarchies under revolution, to modern or future crumbling dystopias.

In order to download this game you must purchase it at or above the minimum price of $3.99 USD. You will get access to the following files:

Support this game at or above a special price point to receive something exclusive.

If you're in need and can't afford the game or otherwise just really need a copy to help you work through something, please feel free to pick up a free Community Copy.

Also, every new purchase at regular price will add an additional Community Copy.

You might also notice on Itch that this is the first submission to my first attempt at hosting a Game Jam, the Working Through Some Stuff Jam. Now, I don't necessarily want to delve into all of the details, but I will say that I've been a very long time member of another gaming community (since 2002) which has been very near and dear to my heart. Sadly, that game lost official support and production earlier this year and then COVID hit, which hampered the ability of anyone to meet and play publicly. Then late this summer, the community elected organization to keep fan content churning collapsed in on itself. It's been a rough year for my hobbies.

That said, at one point earlier this fall, I started to realize that the collapse of an organized society could really be anything. It could be a hobby gaming community, it could be a parliamentary government, it could be the death throes of a monarchy. There are so many options that could be played with in different levels of scale and flavor, but that all really boiled down to the same types of human failures.

And of course, I became rather obsessed with Wretched and Alone about this same time.

So you can pretty quickly see how that realization and somewhat hopeless mindset plays very well with the near certain inevitability of collapse in Wretched & Alone. And thus, The Collapse was born. 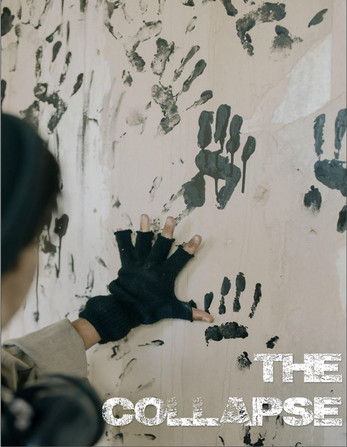 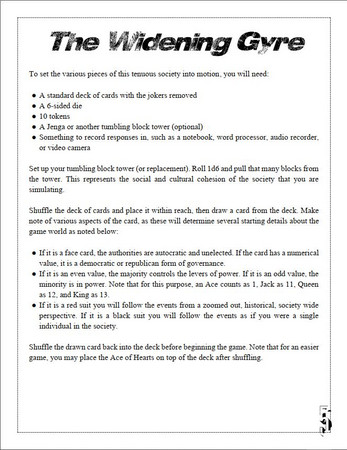 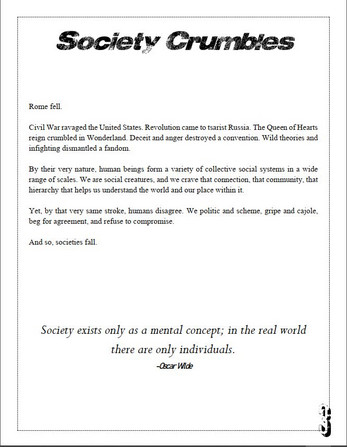 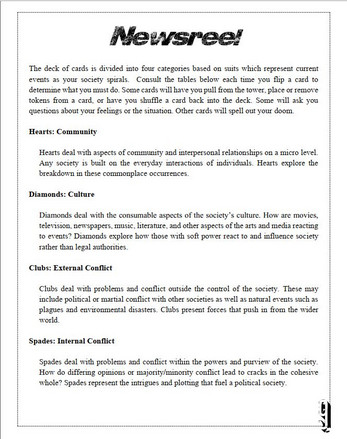